We are using this space to share with you the stories of few of our children staying with us at the children home across the two locations, Palsora & Manana. We hope you connect with their heart touching stories and understand the difficulties they have been through in the past.

Please note that in all the stories, the names have been changed and measures have been taken to ensure that identification is not possible. This is to abide by our trust’s laws.

Story 1
This 10 years old unfortunate girl was given admittance in Gur Aasra Trust, at the instance of her grandmother, when her mother committed suicide and her father remarried leaving behind no one else to look after her except her old and infirm grandma. She is receiving her school education in a (U.T) Admin school while her grandmother is staying back in her village.

Story 2
She is Eight years old and belonging to Batala city in, had been admitted to this Shelter Home temporarily for a short period to enable her to continue her studies because her father had met with an accident and mother was unable to look after her as she mostly remained confined to bed because of illness. The child will be sent back to her parents after her father recovers from the accident injuries.

Story 3
This girl was unfortunately abandoned by her mother after the death of her father. She was staying with her ailing grandma at Batala city of Gurdaspur District (Pb). The grandma, being unable to provide proper care and education to the child, brought her to this Shelter Home about eight years back where she is receiving proper education in a local Govt. school.

Story 4
She had lost her father where after her widow mother remarried leaving behind no one to look after her except her uncle who, as ill luck would have it, got confined to bed after an accident. Her grandma who stays at Batala city, had brought this child to Guru Aasra Trust, about eight years back so that she could be given proper education and looked after besides care and protection.

Story 5
This 10 years girl, now student of 5rd class in a Govt. school at Chandigarh was brought to this Shelter Home about three and a half years ago after the unfortunate tragic accidental death of her father and uncle. Her mother, who is quite young, intends to get remarried. The girl belongs to District Gurdaspur.

Story 6
This child, aged about 11 years, is studying in 5rd class in a Govt. school at Chandigarh. Her father died some years ago where after her widow mother brought her to this Shelter Home ,she belongs to Tarntaran District (Pb). For her proper education, care and protection.

Story 7
This girl, over 10 years old, and presently studying in 5rd class at a Govt. school in Chandigarh, Her family belongs Gurdaspur District in Punjab State. Her widow mother, whose husband was suffering from a deadly disease, and has since expired, was unable to provide proper education to the child. Hence the girl was brought to this Shelter Home by her helpless mother who also mostly visits here and sometimes stays here also.

Story 8
This girl, aged 11 years and studying in 5rd class at a Govt. school in Chandigarh, was brought to Guru Ghar Palsora from Batala so that she could continue her studies which had been affected due to an accident involving her father who became bedridden and her mother, who mostly remained unwell, had to look after him.

Story 9
This girl, aged about 12 years and a half and presently a student of 6th class at a Govt. school of Chandigarh, belongs to Gurdaspur District of (Pb) . The child is most unfortunate in the sense that her mother was married to a mentally sick person who could not do justice to his married life and the poor lady (her mother) fell an easy prey to the lust of her father-in-law who continued to sexually abuse her. And when she became pregnant and the relatives, including her father-in-law, they all tried to kill this girl. But God willed otherwise. This (Gur Aasra) Trust effectively intervened in the matter and as a result whereof, the girl’s mother was sent back to her parents to live there. Here this girl was born. And after that her mother got remarried and has got some children too. In such a situation, her maternal grandma brought her to Guru Ghar Palsora for proper care and education. 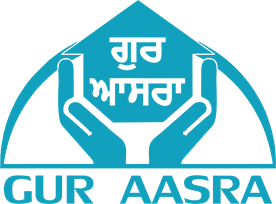